Arcus Smart Home is the continuation of Lowe's Home Automation and Security system, known as IRIS by Lowes. Arcus started as part of Lowe's efforts to rewrite IRIS, which was originally developed by AlertMe. This version, often reffered to as "IRIS Version 2" was based a completely different platform, using modern service oriented architecture with JVM based services on a shared message bus. In 2019, Lowe's announced that they would be exiting the smart home market, and would be releasing IRIS as open source, with some exeptions. Users were offered credit for equipment that did not work on other platforms, such as the well-known Samsung SmartThings. On April 1st, 2019 IRIS was officially shut down.

By April 5th, 2019 WLNet had been able to get the newly released Arcus Smart Home platform running, and started continuing development. 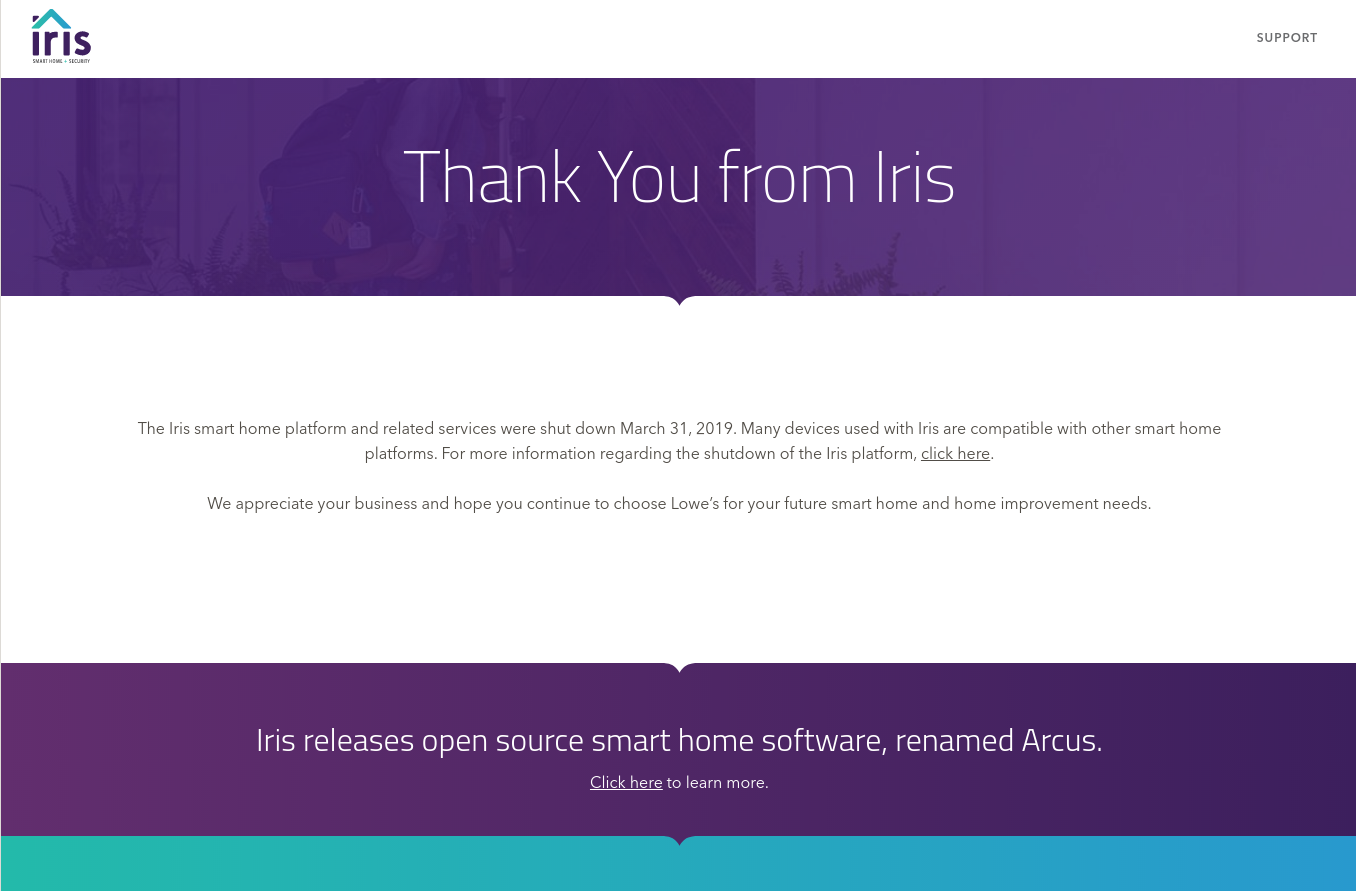 Arcus is predominately a Zigbee and ZWave focused Home Automation system, and supports many HA1.2 and generic ZWave devices, as well as a handful of IRIS (AlertMe) proprietary devices. Arcus Utilizes many common software and infrastructure patterns, such as utilising Docker for application runtime, Kafka for an message bus, Zookeeper for service coordination, and Cassandra for long-lived storage. While Arcus is a cloud centric platform, offline processing is available for certain events when defined as "reflexes" which run on the user's Hub.

See https://github.com/arcus-smart-home for the Arcus Source Code. To run Arcus in kuberenetes, please see this project.